How much does providence drive thought leadership?

I regularly listen to podcasts. Many podcast episodes are structured around an interview with a guest. A common interview technique (and icebreaker, I suppose) is to ask the guest how he or she became a voice in the field that's the topic for the episode. Surprisingly often, the answer is that it's basically a happy coincidence. He or she was young, had no specific plans, but tried a few things until eventually becoming enamoured with a particular topic.

That's not just technology podcasts. I also listen to interviews with scientists and artists on a variety of topics.

A few people are driven from an early age to study something specific. Most, it seems, are not. I'm no exception. I had a false start as an economist, but was so extremely fortunate that the 1990's were such a boom decade of IT that you could get a job in the field if you could spell HTML.

It seems to me that it's a common (Western) experience for a young person to start adult life without much of a plan, but an unrealised responsiveness to certain stimuli. As a young person, you may have a general notion of your own inclinations, so you seek out certain activities and avoid others. Still, you may not really know yourself.

I didn't know myself at 18. After gymnasium (~ high school) in 1989 my best friend started at computer science at the University of Copenhagen. I had no experience with computers and thought it sounded incredibly dry. I wanted to be a rock star or a comic book artist in the French-Belgian style.

In order to get an education, though, I started at economics at the University of Copenhagen. Talk about a dry subject.

Computers weren't on my radar, but I soon realised that it'd be practical to buy a PC in order to write my thesis.

So, I bought one and soon found the computer much more interesting than economics.

You may not realise that you'll love something until you try it.

I recently wrote an article about the cognitive dissonance I felt when interacting with many of my heroes. The ensuing Twitter discussion was enlightening.

Many of my heroes balk at being called heroes or thought leaders, but I agree with Hillel Wayne:

"That's why, incidentally, "thought leaders" have so much weight in our industry. We like to make fun of them, but fact of the matter is that the Thought Leaders are the ones actually trying to communicate their techniques.

"(That's why I want to unironically be a Thought Leader)"

I've been called a though leader a few times already, and like Hillel Wayne, I gratefully accept the label.

There's little scientific evidence about what works in software development, and most innovation happens behind closed doors. Thought leaders are those that observe and share the innovation with the rest of the world.

I follow though leaders on Twitter, listen to podcasts on which they are guests, and read books.

I learned a lot from the discussion related to my article about feeling stuck. I feel that I better understand why opposing views exist. Much has to do with context and nuance, two important factors easily lost on Twitter.

I also think that personal experience plays a big role. Thought leaders share anecdotal evidence. As is also the case in science and business, we tend to share our successes.

What feels like a success is what resonates with us.

It's like the serendipity when you're young and finally encounter something that feels compatible with you. Should we call it serendipity-driven development?

A couple of examples may be in order.

While I now have an increased awareness of what motivates other thought leaders, I still often disagree. It wouldn't be unnatural if our personal experiences with particular practices influence our positions. 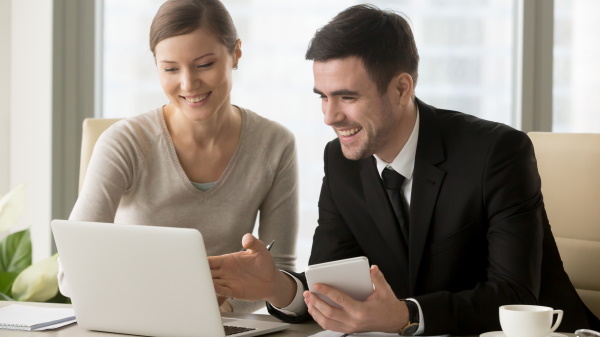 One such example is pair programming. In an interview (sorry, can't remember which) Robert C. Martin told how he found test-driven development dumb until either Kent Beck or Ward Cunningham paired with him to show him the light. Recently, Brian Marick shared a similar experience:

"When I first heard of XP, I thought pair programming was the *second* stupidest idea I'd ever heard. The stupidest was everyone working in the same team room (*not* an "open office"). But..."

This seems to be a common experience with pair programming. Most people dislike it until they have actually tried it.

Well, I've tried both pair programming and ensemble (AKA mob) programming, and I don't like it.

That's all: It's my preference - not any sort of objective truth. What little scientific evidence we can find in our field does seem to indicate that pair programming is efficient. In my book Code That Fits in Your Head I've put aside my dislike to instead endorse pair and ensemble programming as something you should consider.

There's enough evidence (anecdotal and otherwise) that it works well for many people, so give it a try.

I also use it myself. While I find it exhausting, I find ensemble programming incredibly well-suited to knowledge transfer. I've used it to great success when teaching development organisations new ways of doing things.

Even with the nicest people in the room, however, the process drains me. One reason is probably that I've a strong introvert side to my personality.

Another perspective to consider is the role you assume.

A common theme when people share stories of how they saw the light of pair programming is that they learned it from luminaries. If Kent Beck or Ward Cunningham personally tutors you, it's easy to see how it could feel like a revelation.

On the other hand, survivorship bias could be at work. Perhaps Kent Beck showed pair programming and test-driven development to many people who never caught the bug, and thus never discussed it in public.

Teaching is both a satisfying and exhausting activity. I do consider myself a teacher of sorts, but I prefer to write. Whenever I've taught a workshop, given a lecture, or consulted, I'm always left happy but exhausted. It's really hard work.

So is pair programming, in my experience. Efficient, most likely, but hard work. I can't muster much enthusiasm about it.

Another topic about which I regularly disagree with others is REST. Just try to find some of my articles tagged REST and read the comments.

For the record, the crowd who disagrees with me is a completely different set of people than those with whom I disagree about pair programming and other agile practices.

The people who disagree with me about REST may be right, and I could be wrong. My views on REST are strongly influenced by early experience. Do be aware of the pattern.

In early 2012 a client asked for my help designing a stable API. The customer didn't ask me to design a REST API - in fact, I think he had a SOAP API in mind, but he was open to other options. One requirement was clear, though: The API had to be exceptionally stable and backwards compatible. There was a reason for this.

My customer's business was to provide a consumer-grade online service. They were currently talking to a hardware producer who'd include support for the service in consumer hardware. Imagine thousands (perhaps millions) of devices sitting in people's homes, using the online service via the API we were about to design.

Even if the hardware producer were to enable firmware upgrades of the devices, there'd be no way we could roll out new versions of client software in a controlled way. This meant that backwards compatibility was a top priority.

I'd recently learned enough about REST to see the opportunity, so I suggested it as a principle for designing APIs that could evolve without breaking backwards compatibility.

The resulting REST API was a success, and I worked with that client for many years on other projects.

This experience clearly shaped my view on REST. To me, the major benefit of REST is the ability to design evolvable APIs without breaking changes. It does work best, however, if you design level 3 REST APIs.

People use HTTP APIs for all sorts of other reasons. Perhaps the driving factor isn't evolvability, but rather interoperability. Perhaps they're developing backends for frontends or APIs strictly for internal use in an organisation. In some scenarios you can easier schedule updates of clients to coincide with updates to the API, in which case backwards compatibility is less of a concern.

Another concern about API design is who's empowered by your design. It seems fair to say that a level 2 REST API is an easier sell. To many client developers, that's all they've ever encountered - they've never seen a level 3 REST API.

I readily admit that a level 3 REST API puts an additional up-front burden on client developers. Such a design is a long game. If the API is active for many years, such investments are likely to pay off, while it may not be worthwhile in the short term. It could even hurt initial adoption, so it's not a one-size-fits-all architectural choice.

In the context of thought leadership, however, my point is that I acknowledge that my view on REST, too, is flavoured by initial personal success.

I think it's natural to latch on to certain practices via serendipity, You go through life without being aware of a thing that turns out to be highly compatible with your preferences in a given context. Until you one day do encounter it, and it changes your life.

I consider this only human. It's certainly happened to me multiple times, and I'd be surprised if it doesn't happen to others.

Perhaps the people extolling the virtues of pair programming had great initial experiences that they've managed to carry forward. For me, the experience has been another.

Likewise, I had an initial positive experience with REST that surely influenced my position on its virtues. Other people could have had a negative experience, and naturally protest against my ideas. There's nothing wrong with that.

"Only a crisis - actual or perceived - produces real change. When that crisis occurs, the actions that are taken depend on the ideas that are lying around. That, I believe, is our basic function: to develop alternatives to existing policies, to keep them alive and available until the politically impossible becomes the politically inevitable"

Thought leadership strikes me as similar to Friedman's ideas on policy alternatives. I don't see my role as an enforcer of ideas. I write in order to keep certain ideas alive, in the hope that one day, someone picks them up and uses them.