My latest Pluralsight course is now available. This time it's about fundamental programming techniques.

Most programmers I meet know about encapsulation and Object-Oriented Design (OOD) - at least, until I start drilling them on specifics. Apparently, the way most people have been taught OOD is at odds with my view on the subject. For a long time, I've wanted to teach OOD the way I think it should be taught. My perspective is chiefly based on Bertrand Meyer's Object-Oriented Software Construction and Robert C. Martin's SOLID principles (presented, among other sources, in Agile Principles, Patterns, and Practices in C#). My focus is on Command Query Separation, protection of invariants, and favouring Composition over Inheritance. 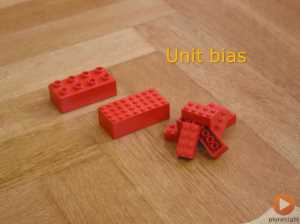 In my new Pluralsight course, I'm happy to be able to teach OOD the way I think it should be taught. The course is aimed at professional developers with a couple of years of experience, but it's based on decades of experience (mine and others'), so I hope that even seasoned programmers can learn a thing or two from watching it.

What you will learn #

How do you make your code easily usable for other people? By following the actionable, measurable rules laid forth by Command/Query Separation as well as Postel’s law.

Functional Programming is becoming increasingly popular, and regular readers of this blog will have noticed that I, myself, write a fair amount of F# code. In light of this, is OOD still relevant?

Some of the principles I cover in this course are also relevant in Functional Programming.

Dan Schnau
I'm really enjoying your presentation! It is easy to follow and understand your explanations. I have a bit of a tangent question about your TryRead method in the Encapsulation module. You mention that your final implementation has a race condition in it. Can you explain the race condition?
Mark Seemann

Dan, thank you for writing. You are talking about this implementation, I assume:

It's possible to make the TryRead method thread-safe (I know of at least two alternatives), but I usually leave that as an exercise for the reader :)

The only safe implementation that I am aware of would be something along the lines of:

Am I missing something?

Bart, no, you aren't missing anything; that looks about right :) The other alternative is just a variation on your solution.