A subjective experience can be sublime, but it isn't an argument.

I once wrote a book. One of the most common adjectives people used about it was opinionated. That's okay. It is, I think, a ramification of the way I write. I prioritise writing so that you understand what I mean, and why I mean it. You can call that opinionated if you like.

This means that I frequently run into online arguments, mostly on Twitter. This particularly happens when I write something that readers don't like.

Subjective experiences fuel art. Before I became a programmer, I wanted to be an artist. I've loved French-Belgian comics for as long as I remember (my favourites have always been Hermann and Jean Giraud), and until I gave up in my mid-twenties, I wanted to become a graphic novelist. 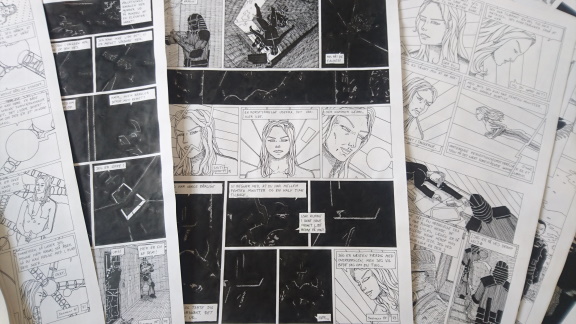 This interest in drawing also fuelled a similar interest in paintings and art in general. I've had many sublime experiences in front of a work of art in various museums around the world. These were all subjective experiences that were precious to me.

For as long as I've been interested in graphic arts, I've also loved music. I've worn LPs thin in the 1970s and '80s. I've played guitar and wanted to be a rock star. I regularly get goosebumps from listing to outstanding music. These are all subjective experiences.

Having an experience is part of the human condition.

How you feel about something, however, isn't an argument.

I rarely read music reviews. How you experience music is such a personal experience that I find it futile to argue about it. Maybe you share my feelings that Army of Me is a sublime track, or maybe it leaves you cold. If you don't like that kind of music, I can't argue that you should.

Such a discussion generally takes place at the kindergarten level: "Army of Me is a great song!, "No it isn't," "Yes it is," and so on.

This doesn't mean that we can't talk about music (or, by extension, other subjective experiences). Talking about music can be exhilarating, particularly when you meet someone who shares your taste. Finding common ground, exploring and inspiring each other, learning about artists you didn't know about, is wonderful. It forges bonds between people. I suppose it's the same mechanism in which sports fans find common ground.

Sharing subjective experience may not be entirely futile. You can't use your feelings as an argument, but explaining why you feel a certain way can be illuminating. This is the realm of much art criticism. A good, popular and easily digestible example is the Strong Songs podcast. The host, Kirk Hamilton, likes plenty of music that I don't. I must admit, though, that his exigesis of Satisfied from Hamilton left me with more appreciation for that song than I normally have for that genre.

This is why, in a technical argument, when people say, "I don't like it", I ask why?

Your preference doesn't convince me to change my mind, but if you can explain your perspective, it may make me consider a point of which I wasn't aware.

Among other roles, I consult. Consultants are infamous for saying it depends, and obviously, if that's all we say, it'd be useless.

Most advice is given in a context. When a consultant starts a sentence with it depends, he or she must continue by explaining on what it depends. Done right, this can be tremendously valuable, because it gives the customer a framework they can use to make decisions.

In the same family as it depends, I often run into arguments like nothing is black or white, it's a trade-off, or other platitudes. Okay, it probably is a trade-off, but between what?

Why? Because I can always trump with my preference as well.

When we discuss how to do things, however, a preference isn't an argument. You may prefer to do things in one way, and I another. Such assertions, alone, don't move the discussion anywhere.

What we can do is to attempt to uncover the underlying causes for our preferences. There's no guarantee that we'll reach enlightenment, but it's certain that we'll get nowhere if we don't.

That's the reason that, when someone states "I prefer", I often ask why?

Consultants are infamous for saying it depends, and obviously, if that's all we say, it'd be useless.

Most advice is given in a context. When a consultant starts a sentence with it depends, he or she must continue by explaining on what it depends. Done right, this can be tremendously valuable, because it gives the customer a framework they can use to make decisions.

I have a vague memory of learning this through some smoothly worded saying. As I recall, it went something like this.

Anyone can say "It depends", but an expert can say on what it depends.

I don't think that is the exact phrase, because I don't think it sounds very smooth. Does anyone know of a succinct and smooth mnemonic phrase that captures this idea?