Some time ago, my good friend Martin Gildenpfennig from Ative made me aware that AutoFixture (among other things) is an generic implementation of the Test Data Builder pattern, and indeed it is.

In the original Gang of Four definition of a Design Pattern, several people must independently have arrived at the same general solution to a given problem before we can call a coding idiom a true Pattern. In this spirit, the Test Data Builder pattern is on the verge of becoming a true Design Pattern, since I came up with AutoFixture without having heard about Test Data Builder :)

The problem is the same: How do we create semantically correct test objects in a manner that is flexible and yet hides away irrelevant complexity?

Like others before me, I tried the Object Mother (anti?)pattern and found it lacking. To me the answer was AutoFixture, a library that heuristically builds object graphs using Reflection and built-in rules for specific types.

Although my original approach was different, you can certainly use AutoFixture as a generic Test Data Builder.

To demonstrate this, let's work with this (oversimplified) Order object model: 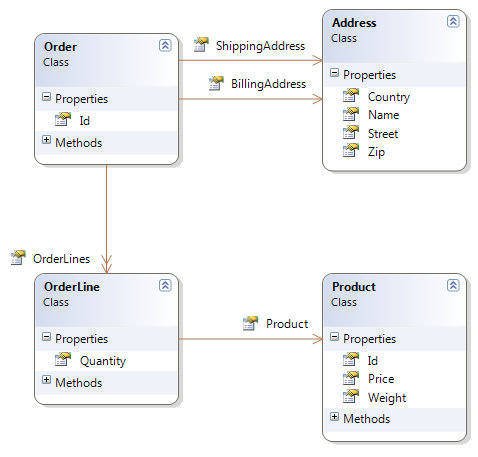 While this works and follows the Test Data Builder pattern, I find this more concise and readable:

The result is the same.

We can also add anonymous order lines to the order using this fluent interface:

but again, I find it easier to simply let AutoFixture create a fully anonymous Order instance, and then afterwards modify the relevant parts:

Whether you prefer one style over the other, AutoFixture supports them both.